Rita Asfour was born in 1933 of Armenian-American heritage. A dynamic impressionist artist, Asfour was trained at the renowned Leonardo Da Vinci Academy where she earned a Bachelor of Fine Arts Degree in 1959.

Asfour's traditional, signature style is inspired by her various travels throughout Europe, the Americas and the South Seas. After earning her fine arts degree at the Leonardo Da Vinci Academy, she travelled throughout Europe, supporting her creative exploits with a successful career as an illustrator. A magazine illustrator for five years at a popular Lebanese magazine in Beirut, Lebanon, Asfour's illustration work has graced several magazine covers, children's magazines art books and advertisements.

Rita Asour experiments in several mediums including oil on canvas, pastel on boar, and paper relief. Her sentimental oils and pastels enkindle the romantic ambiance of traditional art and consequently maintain her constant appeal. Several of Asfour's works are romantic images of women or children occupied by simple day to day frivolities. She paints life with such comfort and genteel spirit that she negates the distracting realities of today.

The inpiration and frequent model for many of Asfour's paintings is her beloved daughter, Amber. Asfour's intimate relationship with her work is evidenced by this chronicle of her daughter's life, and can be appreciated as an extraordinary legacy. 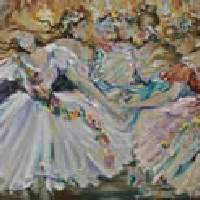 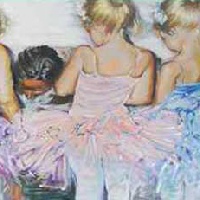 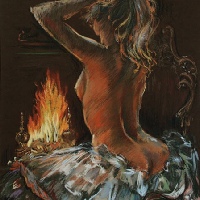 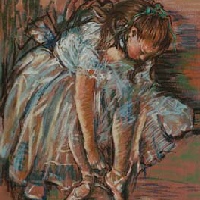 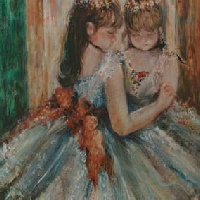