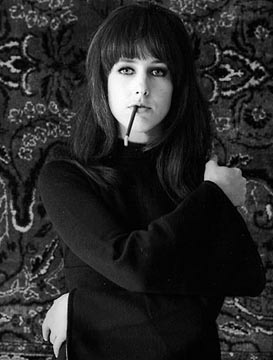 Grace Slick was born in 1939, in Evanston, Illinois, into a very comfortable and typical family. Growing up in suburbia during the 1950's Eisenhower era in Palo Alto, California, Slick lived in the Bay area until she left for New England to attend Finch College. She later attended University of Miami and studied art.

Slick became a model and married Jerry Slick. In 1965, after she and her husband saw Jefferson Airplane perform, Slick decided then that she wanted to sing with their band. In the meantime, Slick along with her husband and brother-in-law, Darby Slick, formed a band called "The Great Society", releasing a single called "Somebody to Love", which Darby had written. The band broke up soon after.

As luck would have it, Jefferson Airplane needed a replacement for their female singer, and Slick was in, bringing with her "Somebody to Love" and her own composition, "White Rabbit", entrenched with drug and Alice in Wonderland references. The album, "Surrealistic Pillow", became a colossal success. The rest is history. Grace Slick's powerful, in-your-face mezzo-soprano voice, along with her inimitable presence and personality, became a symbol of the psychedelic culture of the turbulent 60's.

Retired from rock and roll in 1989, Grace Slick has since concentrated her talents in a different direction. Focusing her creative energy into the visual arts, Slick, over the years has amassed a very impressive collection of original paintings and limited editions. Infused with her indomitable 1960'spirit, Slick's art presents quite a range of subjects, from rock legends expressively painted, to expertly rendered Alice in Wonderland drawings.

Today, Grace Slick lives and works in Malibu, California, exhibiting her art in some of the best galleries in the United States. 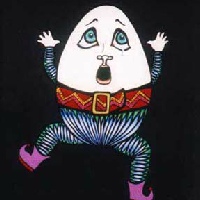 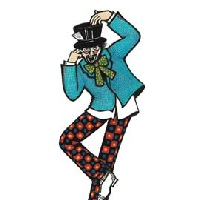 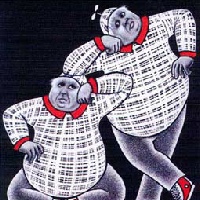